The Perfect One - 55 Fiction

October 02, 2015
Priyank felt it was the height of coincidence when all his interests matched hers.  He really felt like he was marrying “The Perfect One” unless on their first night, he got to know about their one more common interest... When he got to know that Jiya was interested in “Women.”
2 comments
Read more 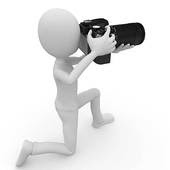 Some Days  back, as I was checking my facebook updates, I found that my Chachu had also got a FB account. I went to his profile &................ The cute display pic just left me staring at the monitor. He had actually scanned a pic of his childhood & uploaded it. Now it was a pic of the four brothers & the best part....my Dad was also in the pic. I just woke up my Dad & asked him to to see the pic. The fact that the pic taken around 40 years ago, was still preserved with someone in spite of the frequent shifting was amazing. Dad loved it. Sleep aside, he zoomed the B&W pic & told us the story about the pic. It was taken by a neighbour who had got a camera  in those days or something. That Smile...On seeing that pic.. Was Priceless... Fast Forward 30 years...... If you ask me about my childhood pics,I have a few pics taken on some special occasions like when I was a month old, year old, birthdays and all... At this time, capturing memories on specific day
5 comments
Read more

April 11, 2015
I remember how at a time when I had just joined college, I was particularly crazy about a show on TV - Roadies. I don't think I need  to brief any teenager about that show, but for those who don't know what the show was about, it was a show wherein a group of  teenagers selected from different locations across the country used to be teamed up. They would then travel to various destinations  on bikes, facing various huddles, enjoying at exotic locations and competing with each other at tasks set out for them and then the  last one to survive in the whole game would be declared as the winner. I was extremely crazy about that show initially and in the first  few seasons, I hardly missed any episodes. I always wished... I want to be a Roadie... I want to travel and see everything. But then, today, over 10 years down the line, when I sit down by the window,on a Saturday evening, watching the traffic on  highways, I feel are we not on the Roadies everyday..??? We are travell
5 comments
Read more 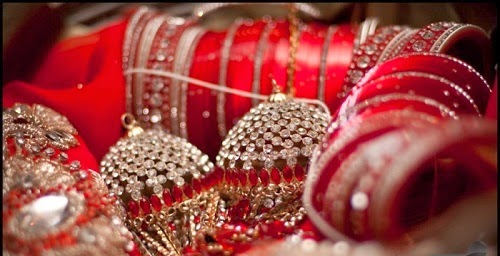 Right from my childhood.... Since the time I have been attending marriages.... I have been awestruck by the whole setting...The  bride's beauty, the way the couple complement each other, the grandeur of the celebration, the vast menu.. Like every, every single detail is planned and executed so beautifully....!!! Just like every other girl..Even I have been dreaming for my D-Day... About Friends.. Family.. Relatives... Celebrations... Ornaments.. Clothes... And of course Mr.Prince Charming...!!Although I have no dreams of having a hosh-posh fairy tale wedding but just a few things which I want to be Hatke from the typical Gujarati Shaadi..!!!Its like I want it to be a celebrated occasion with all near and dear ones with just a few changes here and there... 1. Wearing a Big Chudda and Kaleree on the Wedding Day : The kaleree is one wedding ornament which I have adored since childhood. I remember having seen some Punjabi song where the bride wears the kaleree and then one of
6 comments
Read more

I still recollect that moment, when in the bus, amidst the slow moving Mumbai traffic which din't seem to trouble us a bit... You immediately noticed my palm and the lines on it.... The way you complimented on my soft, baby-like skin... How we wondered.... if these lines truly decided our destiny..... How you playfully joked that I had a smaller "Life Line" How I noticed that you had such a deep "Brain Line.." How we discussed about what each line stands for..... How we wished to decipher whats written beyond them... Then how we turned to "That nothing is destined.... Its all about choice & our decision..." And then how after a few days.. We decided that maybe we are not meant to hold each other's hands forever...!!!!
1 comment
Read more 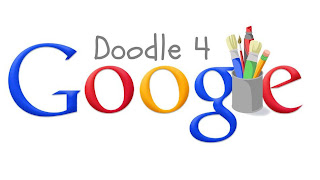 Ohhk folks.. Just tell me one thing..Which is the first page that most of you type on the address bar whenever a question hits your mind..??? Its Google..Right..??? Most of us even have it as the home page....And out of all the times that we search for information on Google, how  many times have you noted those fabulous fancy  fonts and styles(aka doodles) in which the words GOOGLE are written..!!??? I mean haven't you found this creation amazing..??? One word written in different styles giving the whole picture a completely different look and meaning and symbolizing something which even pages of words cannot describe!!!! The creative team behind all these wonderful Doodles is just too good. I, in fact wait to see those doodles everyday...And the day Google has no Doodle, the page looks so plain....No Doubt the Google logo itself has its own simplicity and smartness, still the way the doodles convey the special messages and events at the same time with the words - "Google&
2 comments
Read more
More posts

Urvashi
I am a student and I love reading..Have been reading blogs since a long time and finally I am trying to write here too...